This is a post for those adults who relate to children who have experienced trauma in their primary attachment relationship(s); whether you may be their parent, relative carer, kinship carer, adoptive parent, foster parent, residential carer, teacher or education support worker.

I have written much about the care and management requirements of children who have experienced trauma in the context of their primary attachment relationship(s) and the rationale behind my recommended care practices.  My views are easily accessible via this blog site, my website and my books.

In this post, I want to make clear what I consider to be the minimum requirements for the care of these children.

In my experience, children who have experienced trauma in the context of their primary attachment relationship(s) exhibit clear signs of difficulty in three key areas: (1) the beliefs they hold about themselves, others and the world in which they live (known as attachment representations or attachment working models or schema); (2) the level of activation of their nervous system (commonly referred to as arousal); and (3) behavioural systems associated with accessing needs provision.

The shorthand name I use to refer to this approach is AAA Caregiving: Attachment, Arousal, and Accessibility (to needs provision).

Other proponents of therapeutic caregiving practices for children who have experienced trauma in the context of their primary attachment relationship(s) typically emphasise the importance of attachment, arousal activation and regulation systems, or both. I contend that we can only truly assist children who have experienced trauma in their primary attachment relationship(s) achieve security if we also address the behavioural systems that arose in a historical caregiving context where the basic human needs of the child were met inconsistently; if at all.  Readers of my books, articles and blogs posts will be familiar with my contention that where a basic need (in the case of such research, food) is able to be satisfied inconsistently or not at all there will arise an enduring preoccupation with the need, as manifested in frequent and persistent attempts to gain access to needs provision (in the case of historically inconsistent needs provision) or behaviours not bounded by social conventions (e.g. stealing) to achieve needs provision (in the case of historically absent needs provision).  Ninety years of operant conditioning experiments, as well as the experience of foster, adoptive, residential and kinship carers the world over, attests to the fact that maladaptive behavioural systems to achieve needs provision persist even after the child is placed in a more responsive care environment.

So how do we lessen the historically traumatised child’s preoccupation with their basic needs in order that we might also lessen their reliance on inordinately demanding and antisocial behaviours to secure needs provision and create a space for the development of new behaviours? Many proponents of attachment-based parenting practices advocate being aware of the child’s cues regarding their needs and responding consistently to those cues.  I think that this is fine when the child is very young or is an older child whose needs have, in fact, been met on a reasonably consistent basis historically. However, among those older children whose needs were met inconsistently or not at all during their early formative years (e.g. 0-4 years of age) I prefer that adults in a caregiving role make themselves aware of the child’s needs and reasonable wishes and address them proactively; that is, before the child even signals that they have a need or reasonable wish that they want addressed. The basic difference I am highlighting here is that when a child does something and their need is met, it is reinforced that they need to do something to get their needs met. Put another way, their inordinately demanding or deceptive behaviour is reinforced. But when their need is met without them having to do something to make it so, they begin to learn that they can trust adults in a caregiving role. This is a fundamental aspect of helping children to achieve attachment security and should be the focus of all endeavours amongst children who have experienced trauma in their primary attachment relationship(s).

So how do adults who relate to children who experienced trauma in their primary attachment relationship(s) become more proactive in their caregiving? I suggest that they keep a daily diary for a week of all the requests the child makes concerning needs or reasonable wishes and all the behaviours they exhibit to access needs provision (e.g. taking food without asking; initiating hugs; constantly seeking you out). I also suggest that the time the request or other behaviour occurs be recorded in the diary. I then encourage the adult(s) study the diary to see if there are needs that are consistently expressed (e.g. the need for a snack after school; the need to feel loved; the need to feel safe) that can be addressed before the child asks or does anything else to draw attention to the need or achieve needs provision.

With regard to the beliefs a child who experienced trauma in their primary attachment relationship(s) holds regarding themselves, others and their world (a.k.a. attachment representations) it is necessary to recognise that these beliefs began as thoughts that were reinforced by the responses of adults in a caregiving role to the emotional and behavioural sequelae of the thought.  For example, the child who has the thought that nobody cares about them will feel angry and resentful, will act demonstratively, and will have their demonstrative behaviour responded to with either admonishments or selective ignoring; both of which confirm the original thought. In time, and with the same or similar pattern repeating, the thought becomes a belief.

So how do adults who relate to children who have experienced trauma in their primary attachment relationship(s) weaken maladaptive beliefs and avoid creating new ones? My recommendation is that they stop responding to the child’s emotions and behaviours in a way that confirms the original thought. Rather, it is my strong contention that adults who care for these children must respond with understanding. They must say out loud what the child is thinking, feeling and why they did what they did. When they do this, the child has the experience that their inner world is understood and important. This is an important source of validation that circumvents the process by which maladaptive thoughts become beliefs and weakens existing maladaptive beliefs.

So, when you are relating to a child who has experienced trauma in their primary attachment relationship(s) you should observe the context and the child’s manner and, rather than asking a question about their experience, you should instead make a statement relating to what you guess the child is thinking, feeling or why they are doing what they are doing.  For example, if a child approaches the car looking morose at the end of the school day, instead of asking “How was your day”, you might instead say “I can see something happened today that really bothered you”.  If a child acts aggressively towards another child, rather than saying “what did you do that for”, you might say “I guess he did something that you did not like”. In addition to being a source of validation that circumvents the development and maintenance of maladaptive beliefs, verbalising understanding in this way also enables you to better address the child’s antisocial behaviour productively as the child is more likely to listen to the person who listened to them first.

Finally, children who have experienced trauma in their primary attachment relationship(s) tend to be especially prone to hyperarousal. A consequence of this is that the parts of their brain that are responsible for logical thinking and thoughtful behaviour are less activated and the parts of their brain that are responsible for instinctive, survival responses are over-activated. As a result, these children are prone to controlling, aggressive and destructive behaviours, hyperactivity, or to being withdrawn and shut-down. These behaviours are part of the child’s in-built mechanism for neutralising perceived threats and restoring feelings of wellbeing. Unfortunately, the response they provoke in others typically confirms and perpetuates their hyperarousal.

In my book A Short Introduction to Promoting Resilience in Children I consider the role of music in influencing arousal levels and refer to research literature concerning music that promotes states of arousal where children feel at their best, think at their best, act at their best and perform at their best. In my various publications I advocate that children who have experienced trauma in their primary attachment relationship(s) be exposed to soothing classical music all night, every night while they are sleeping. As certain types of classical music can soothe those who need soothing and stimulate those who need waking up, I also suggest that such music should be a daily feature of the classroom environment, as it can be expected to benefit all children.

So, my minimum requirements for caring for children who have experienced trauma in their primary attachment relationship(s) are:

1. be proactive in addressing needs and reasonable wishes;

2. be understanding of the child’s thoughts, feelings and intentions; and

3. expose the child to soothing classical music all night, every night. 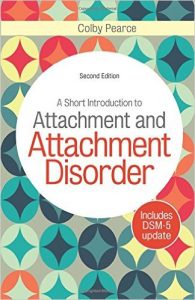 Written by Secure Start Principal Clinical Psychologist, Colby Pearce, this book is widely-regarded as the ideal starting point for those interested in attachment theory, what happens when attachment relationships go awry, and what to do about it. Written in an accessible style, it is suitable for diverse audiences; including foster parents, adoptive parents, kinship carers and residential care workers. Highly regarded among teachers and educationalists who interact with children that have experienced complex developmental trauma, it is also rated highly as a resource for mental health professionals, including psychologists, psychiatrists, social workers, occupational therapists, psychotherapists and counsellors.

A Short Introduction to Attachment and Attachment Disorder can be purchased direct from Secure Start. Simply contact us to arrange payment and delivery of your copy.

Alternatively, you can purchase a copy direct from the publisher, Jessica Kingsley Publishers, by following the link here

To purchase a kindle edition via Amazon.com click here

A Short Introduction to Promoting Resilience in Children

Also by Secure Start Principal Clinical Psychologist, Colby Pearce, this book was written with a general parenting audience in mind. The book sets out an evidence-based model of care in the home, educational and professional care setting that is fundamental to the promotion of wellbeing and resilience in children. Written in an accessible style, it is suitable for most readers and is an obvious companion to those who want additional information about parenting that promotes attachment security after reading A Short Introduction to Attachment and Attachment Disorder.

A Short Introduction to Promoting Resilience in Children can be purchased direct from Secure Start. Simply contact us to arrange payment and delivery of your copy.

To purchase this title from Jessica Kingsley Publishers click here

To purchase a kindle edition via Amazon.com click here 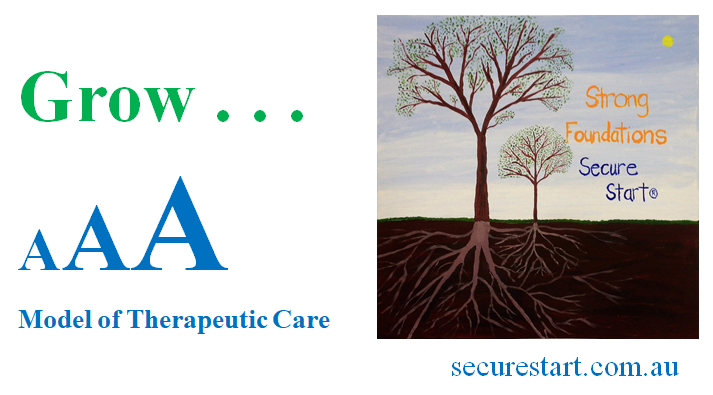 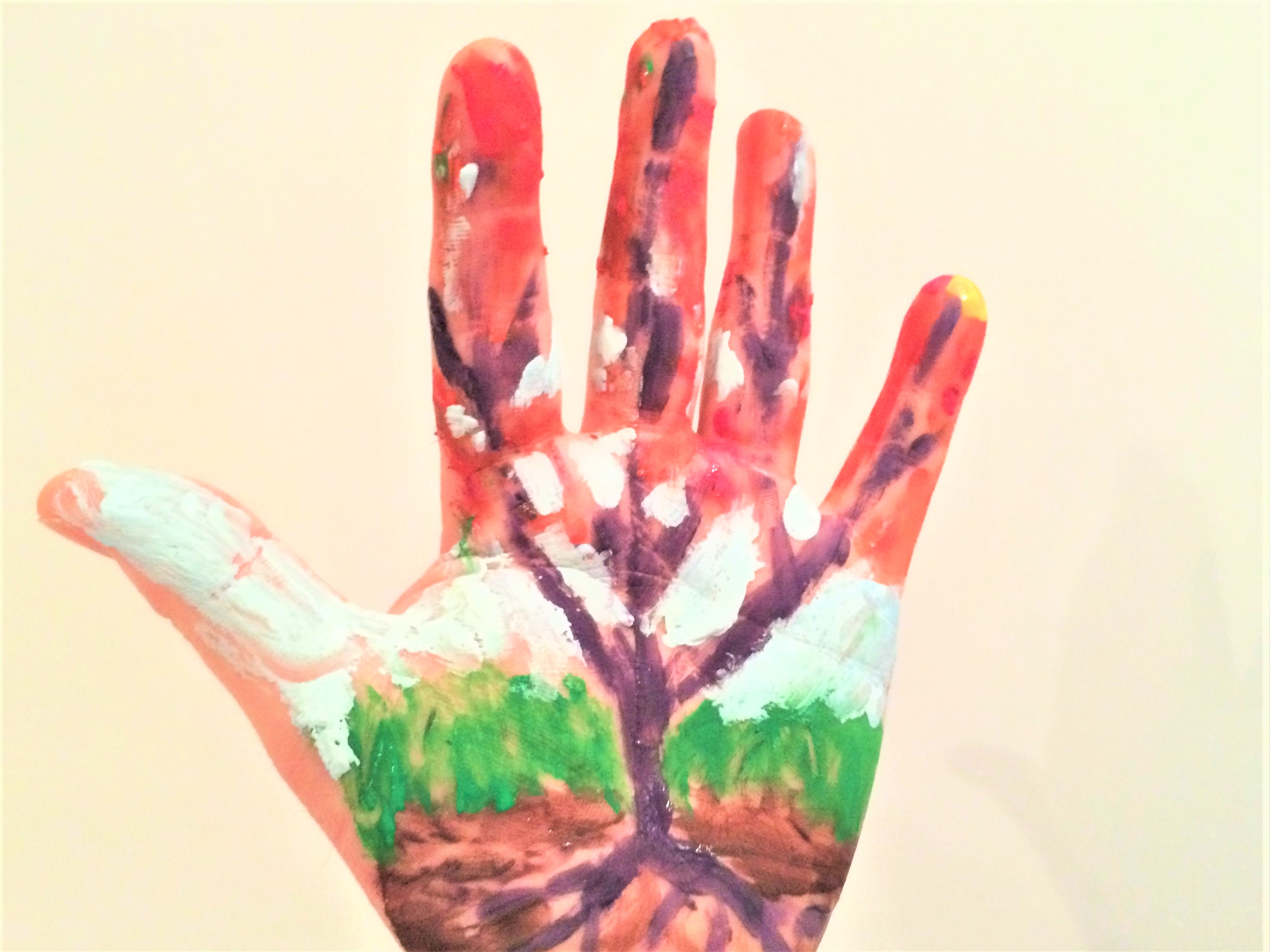 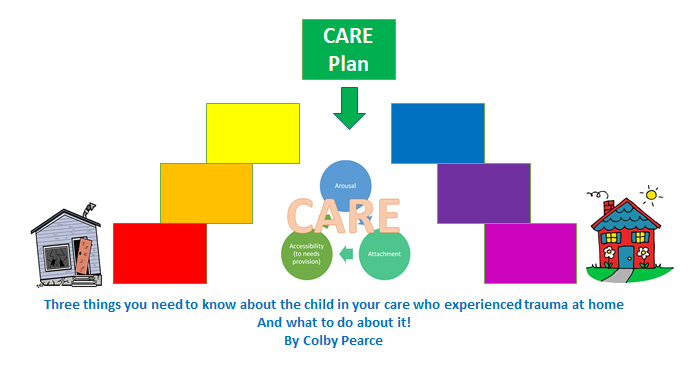 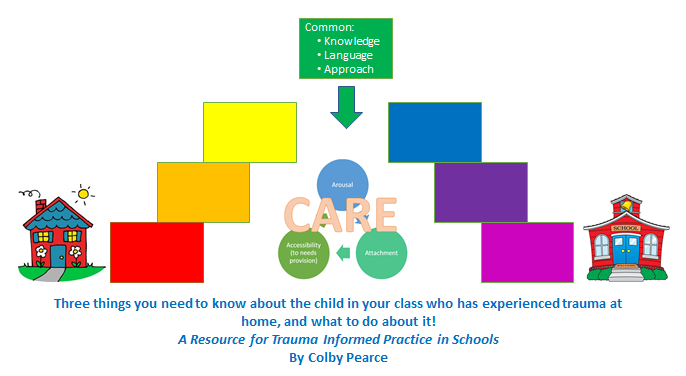